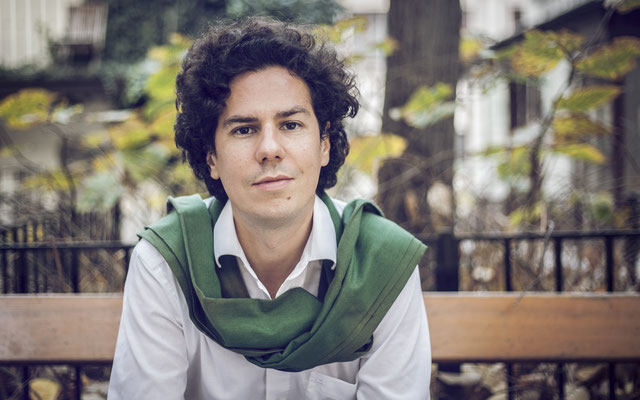 The pianist Sascha El Mouissi specialises in the art of song accompaniment and chamber music.

He is considered as one of the most sought-after and accomplished song interpreters of his generation. Born in Frankfurt/Main, he studied at the University of Music and Performing Arts Vienna with Charles Spencer and at the Musikhochschule Mainz.

His concert career takes him to the most prominent international festivals, such as the Lucerne Festival, the Schubertiade and the Schleswig-Holstein-Music Festival, the Dialoge in Salzburg and the Wiener Festwochen, the Istanbul Music Festival, the London Arts Festival and the music festivals of Znojmo and Kutna Hora, Czech Republic.

He is also a regular guest at the Konzerthaus and Musikverein Wien, the Mozarteum Salzburg, the

Auditorium Cesare Pollini Padua and Auditorium Gaber Milan, the Convention and Exhibition Center in Hong Kong, St Martin in the Fields London, the Radiokulturhaus and Arnold Schönberg Center Vienna, as well as at the opera houses of Frankfurt, Cologne, Lübeck, Nice, Wiesbaden and Zagreb.

Sascha El Mouissi has formed a permanent duo with baritone Rafael Fingerlos for several years and he regularly performs with renowned singers such as Ulf Bästlein, Wolfgang Brendel, Angelika Kirchschlager, Thomas Quasthoff, Ildikó Raimondi, Sophie Rennert and many others.

In addition to numerous other awards, recently Sascha El Mouissi has been awarded the Johannes Gutenberg Prize of the University of Mainz, the Lied Prize of the Ministry of Culture of Schleswig-Holstein, the Theodor Storm Piano Prize and the Ö1 Pasticcio Prize for the CD "Stille und Nacht", published by Oehms Classics.

Studio and live recordings have been repeatedly broadcast by radio stations such as BR, NDR, ORF,

a.o., furthermore he teaches as senior lecturer at the University of Music Graz.