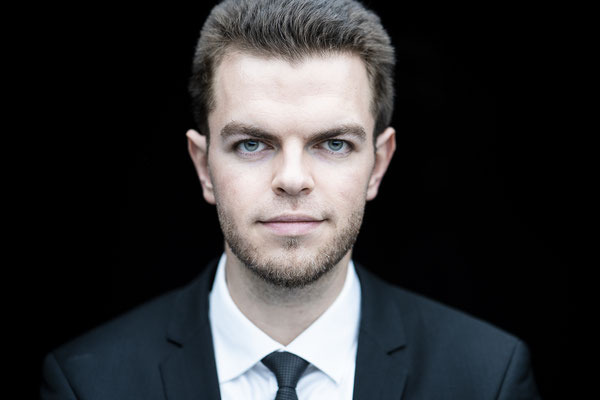 Young Berliner Marcus Merkel is a versatile musician – on stage he is not only performing as conductor, but also as pianist, composer and singer. With his works he won several competitions like the German „Bundeswettbewerb Komposition”; prizes and scholarships he also received as pianist and singer.

In 2013 Marcus founded the “Junge Philharmonie Berlin”, a young Berlin based orchestra of which he is chief conductor. As a guest he already conducted at a festival in Kyoto (Japan) with a big international student orchestra, he held a conducting workshop for the Education department of the Berliner Philharmoniker and conducted – as assistant of Julien Salemkour – “Le Nozze di Figaro” in Rostock, Germany. Moreover he assisted Roland Kluttig, Andrea Sanguineti and Antonino Fogliani for opera productions and CD recordings. In January 2015 he filled in for indisposed Julien Salemkour in a concert with the Brandenburger Symphoniker.

Since season 2015/16 he is working at the Oper Graz (Austria) as pianist and conductor and led premieres and performances of „Il Barbiere di Siviglia“, „Il Viaggio a Reims”, „Le Nozze di Figaro”, „Candide”, „The Nutcracker“, „Der Zwerg“ and „Norma“ (i.a.). In October 2016 he conducted „Ariadne auf Naxos“ with the Nederlandse Reisopera in Amsterdam, in November 2016 he led a concert performance of „Fidelio“ with the Expat Philharmonic Orchestra in Rostock. In January 2017, on shortest notice, he filled in for an indisposed colleague with „La Rondine“ at Oper Graz. In June 2017 he debuted in the Musikverein Graz conducting a program with the „Clarinotts“ (Ernst, Daniel & Andreas Ottensamer) and the Graz Philharmonic Orchestra. In the Musikverein he also filled in for Oksana Lyniv, with a symphonic program including Rimski-Korsakov’s „Sheherazade“.

For the season 2018/19 he is engaged as „Kapellmeister" at Oper Graz and will be seen conducting „Barbiere“, „Tosca“ and „Lucia di Lammermoor“, amongst others, and will appear as pianist in various recitals in Germany, Austria, the UK and Egypt. Since June 2018 he pre-rehearsed all five Beethoven piano concertos for Rudolf Buchbinder. In November 2018 he conducted Verdi’s „Messa da Requiem“ in Berlin. In Italy he debuted with great success in February 2019, conducting a premiere at the theatre of Bolzano.